Use “Ctrl+F” To Find Any Questions Answer. & For Mobile User You Just Need To Click On Three dots In Your Browser & You Will Get A “Find” Option There. Use These Option to Get Any Random Questions Answer.

Q1. To add features, components, and permissions to your Android app, which file needs to be edited?

Q2. Which XML attribute should be used to make an Image View accessible?

Q3. You launch your app, and when you navigate to a new screen it crashes, Which action will NOT help you diagnose the issue?

Set breakpoints and then step through the code line by line
Use the profiler tools in Android Studio to detect anomalies CPU, and network usage.
Add a Thread.sleep()call before you start the new activity.
inspect the logs in Logcat.

all of these answers
The device token is not being sent to push provider correctly.
Google Play Services is not installed on the deivce/emulator.
Battery optimization is turned on on the device.

Q5. What is correct set of classes needed to implement a RecyclerView of items that displays a list of widgets vertically?

Q6. The Android system kills process when it needs to free up memory. The likelihood of the system killing a given process depends on the state of the process and the activity at the time. With combination of process and activity state is most likely to be killed?

Q7. You have created a NextActivity class that relies on a string containing some data that pass inside the intent Which code snippet allows you to launch your activity?

Q8. You want to include about and setting modules in your project. Which files accurately reflects their inclusion?

Q9. What is the benifit of using @VisibleForTesting annotation?

Q10. How would you specify in your build.gradle file that your app required at least API level 21 to run, but that it can be tested on API level 28?

Q11. When will an activity’s onActivityResult()be called?

Q12. You need to remove an Event based on it;s id from your API, Which code snippet defines that request in Retrofit?

Q13. When would you use a product flavour in your build setup?

Q14. Given the fragment below, how would you get access to a TextView with an ID of text_home contained in the layout file of a Fragment class?

Q15. Why do you use the AndroidJUnitRunner when running UI tests?

Q16. What allows you to properly restore a user’s state when an activity is restarted?

the onSaveInstance()method
all of these answers
persistent storage
ViewModel objects

Q17. Given the definition below. how would you get access a TextView with an ID of text_home contained in thr layout file of a Fragment class?

Q18. IF the main thread is blocked for too long, the system displays the___dialog?

Q19. How would you retrieve the value of a user’s email from SharedPreferences while ensuring that the returned value is not null?

Q20. Why is it problematic to define sizes using pixels on Android?

Q21. You need to get a list of devices that are attached to your computer with USB debugging enable. Which command would execute using the Android Debug Bridge?

Q22. Which drawable defination allows you to achieve the shape below?
img

Q23. To persist a small collection of key-value data, what should you use?

Q24. You need to retrieve a list of photos from an API. Which code snippet defines an HTML GET request in Retrofit?

Q25. Given the test class below, which code snippet would be a correct assertion?

Q26. What tag should you use to add a reusable view component to a layout file?

Q27. You want to provide a different drawable for devices that are in landscape mode and whose language is set to French. which directory is named correctly?

Q28. Why might you need to include the following permission to your app?
android.permission.ACCESS_NETWORK_STATE

Q29. Which image best corresponds to the following LinearLayout? 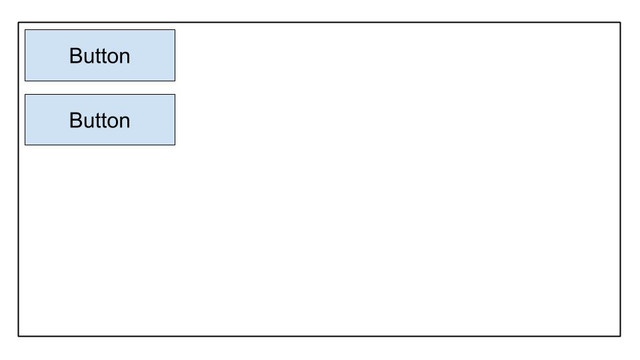 Q31. When should you store files in the /assets directory?

Q32. You want to allow users to take pictures in your app. Which is not an advantage of creating an appropriate intent, instead of requesting the camera permission directly?

Q33. When would you use the ActivityCompat.shouldShowRequestPermissionRationale() function?

Q34. You would like to enable analytics tracking only in release builds. How can you create a new field in the generated BuildConfig class to store that value?

Q35. To optimize your APK size, what image codec should you use?

Q36. You have built code to make a network call and tested that it works in your development environment. However, when you publish it to the Play console, the networking call fails to work. What will not help you troubleshoot this issue?

checking whether ProGuard -keepclassmembers have been added to the network data transfer objects (DTOs) in question
using the profiler tools in Android Studio to detect anomalies in CPU, memory, and network usage
checking for exceptions in the server logs or server console
checking that the network data transfer object has @SerizlizedName applied to its member properties

Q37. Which code snippet would achieve the layout displayed below?

Q38. Which source set is _not_ available to you by default when Android Studio creates a new project?

Q39. Which definition will prevent other apps from accessing your Activity class via an intent?

Q40. To preserve on-device memory, how might you determine that the user’s device has limited storage capabilities?

Use a common Gradle module shared by different Android projects.
Prefer to build custom views or fragments over activities.
Prefer to build activities instead of fragments.
Break down UI layouts into common elements and use <include/> to include them in other layout XML files.

Q42. Which layout is best for large, complex hierarchies?

Q43. You need to upgrade to the latest version of the Android Gradle plugin. Which file should you modify?

Q44. Why do developers often put app initialization code in the Application class?

Q45. What folder should you use for your app’s launcher icons?

Q46. Which drawable definition allows you to achieve the shape below?

Q47. Given the ConstraintLayout below, which statement is true?

Q48. Given this code snippey from a build.gradle file, which choice is not a possible build variant?
android { … defaultConfig{…}

Q49. What is not good way to reuse Android code?

Q50. When should you use the androidTest directory to store your test classes?

Q51. What is the benifit of using the @VisibleForTesting annotation?

Q52. Given an APK named app-internal-debug.apk produced from the build process, which statement is likely to be true?

Q53. When attempting to build your project, what might the following error indicate?
Conversion to Dalvik format filed: Unable to execute dex: method ID not in [0, 0xffff]: 65536

Q54. Which statement, in build.gradle file, correctly denotes that the corresponding module is an Android library module?

Other Questions Of This Category